I’m a trend setter, an adventurer, a coffee lover and a photographer! I love experiments and personal projects. Finding new perspectives and breathing in new life into old boring scenes is what inspires and gets me excited! If you call yourself a creative, proudly wear that title, be memorable, inspire others and always be ahead of the crowd! Be Evóra!
FOLLOW ME
PREV
Adventurous Grad Portraits | Red Rock Coulee, Alberta 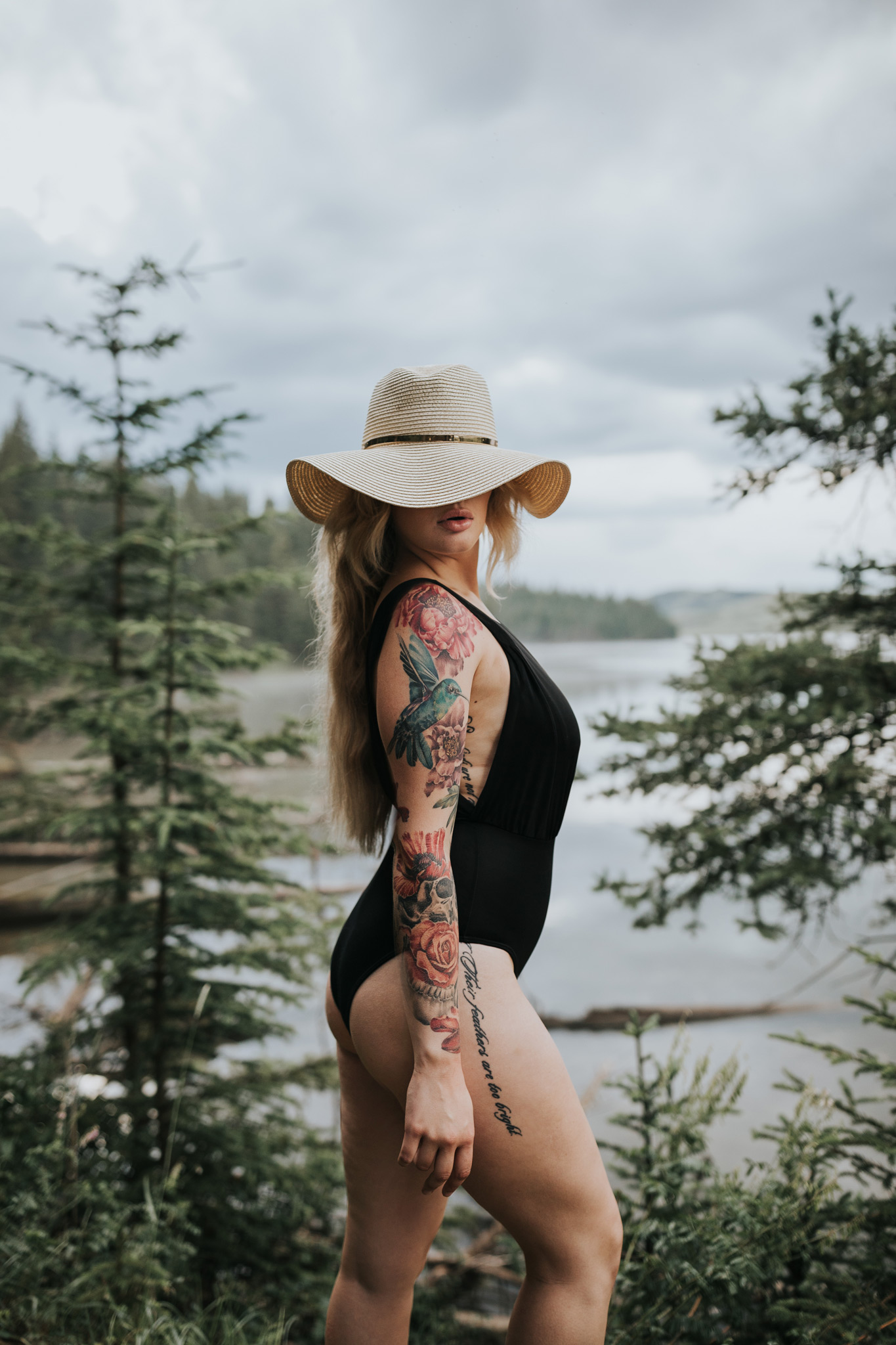 You know how people around here always say “If you don’t like the weather in Alberta, just wait five minutes”? Well that old saying could not be more true for this portrait session. The beautiful Taylor and I had been planning this for a while, and were getting just a bit worried when we noticed the storm rolling in before we were set to head out to the lake. Luckily for us we noticed once we arrived that we had just missed the storm, as there was plenty of decently sized hail strewn about in the trees, melting away quickly in the summer heat.

Little did we know, that wouldn’t be the last of the storm! Towards the end of our photoshoot as we awaited what would surely be a gorgeous sunset, we started to see more clouds rolling in and noticed a bit of lightning. The atmosphere quickly changed from calm summer evening to a moody and stormy night. I decided to take full advantage of the dark clouds and subtle pink glow down by the dock with this gorgeous and talented model, and it suited her just perfectly! Sometimes nature has plans for you that are better than what you thought you wanted.

Just as it was getting almost too dark to keep shooting, we noticed the lightning was surrounding us and I thought I would try to cross a shot with lightning in the background off of my bucket list. The rain started to come down quite heavily and both of us were getting soaked, but we were determined to get the shot! I’ll forewarn anyone who wants to try this that lightning shots are so much harder than they look! Especially when you’re trying to put a model in exactly the right spot but the lightning is striking from all sides. Taylor was such a trooper though and as soon as I knew we had at least one winner we decided to get out of there, just in time for the hail to catch up to us!

It was quite the adventure, and I wouldn’t change it for the world. Don’t forget to check out the lightning photos at the bottom of the page!

If you’re considering me as your photographer or want to find out more about my work, send me the details and let’s chat!

Tamara + Cameron 🌙 This day still has me absol

Kaitlyn + Grant 🍁 This wedding season has been

Caroline + Darren ✨ I feel so fortunate to have

Megan + Miller 🌸 I could not have imagined a b

MacKenzi + Tyler 🏔 This wedding has left me ab

© 2021 LORISSA LEE PHOTOGRAPHY
BACK TO TOP