I’m a trend setter, an adventurer, a coffee lover and a photographer! I love experiments and personal projects. Finding new perspectives and breathing in new life into old boring scenes is what inspires and gets me excited! If you call yourself a creative, proudly wear that title, be memorable, inspire others and always be ahead of the crowd! Be Evóra!
FOLLOW ME
PREV
Lakeside Engagement | Cypress Hills, Alberta 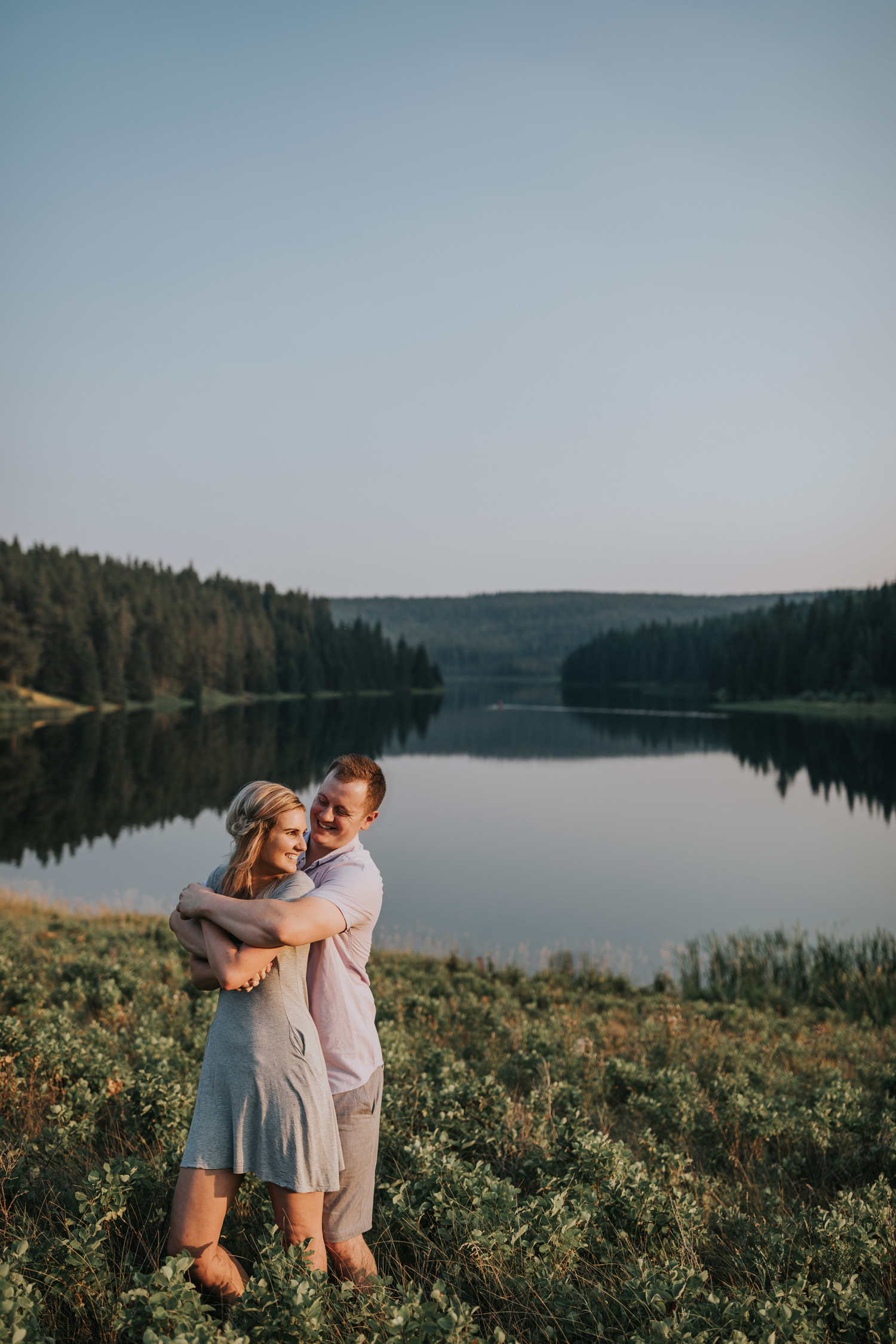 Most of you probably don’t know, but years ago when I was still in school I worked at Dairy Queen (not a bad gig to be honest, I definitely scarfed a ton of cookie dough) and that is where I first met Shaelyn. She was the most fun to work with and I definitely looked forward to our shifts together! Even though we lost touch once I left DQ to finish my degree, I’ll always consider her a friend and it’s no surprise to me that we still get along great – we have a very similar sense of humour!

Fast forward a couple of years and Shaelyn and Charlie had been together for some time, and they actually became one of the first couples I photographed after starting to take this whole business thing seriously. They were so happy with their photos and it was most definitely my best work to date at the time! I was so proud and really encouraged to continue on this journey and to grow as a professional photographer. You can bet I was the most excited when a few years later they got engaged asked me to take their engagement photos!

For this engagement shoot we decide to head out to Spruce Coulee Campground out in the beautiful Cypress Hills, Alberta. We had originally planned to try and get some photos of them in a canoe, but sadly it didn’t work out. (That idea is still on my bucket list by the way so if anyone has a canoe and wants some photos taken, let me know!) No matter though, we still had a ton of fun wandering around the lake and the forest surrounding the campground, and it was such a beautiful day for exploring. The reflection on the lake was absolutely perfect and still, and the day was neither too hot nor too cold. My favourite part of the day of course was near the end when the couple had their two adorable pet dogs brought out for some photos – I just love animals so much! Anytime a couple asks if they can include their pets the answer is a resounding YES!

If you’re considering me as your photographer or want to find out more about my work, send me the details and let’s chat!

While working on their wedding gallery it occurred

Meagan + Malik ✨ What an amazing way to start o

Don’t get me wrong, I am SO happy for the warmer

What do you say when you’re on vacation in Banff

© 2021 LORISSA LEE PHOTOGRAPHY
BACK TO TOP